A week of rediscovering old loves, and slowing down on the debit card damage... 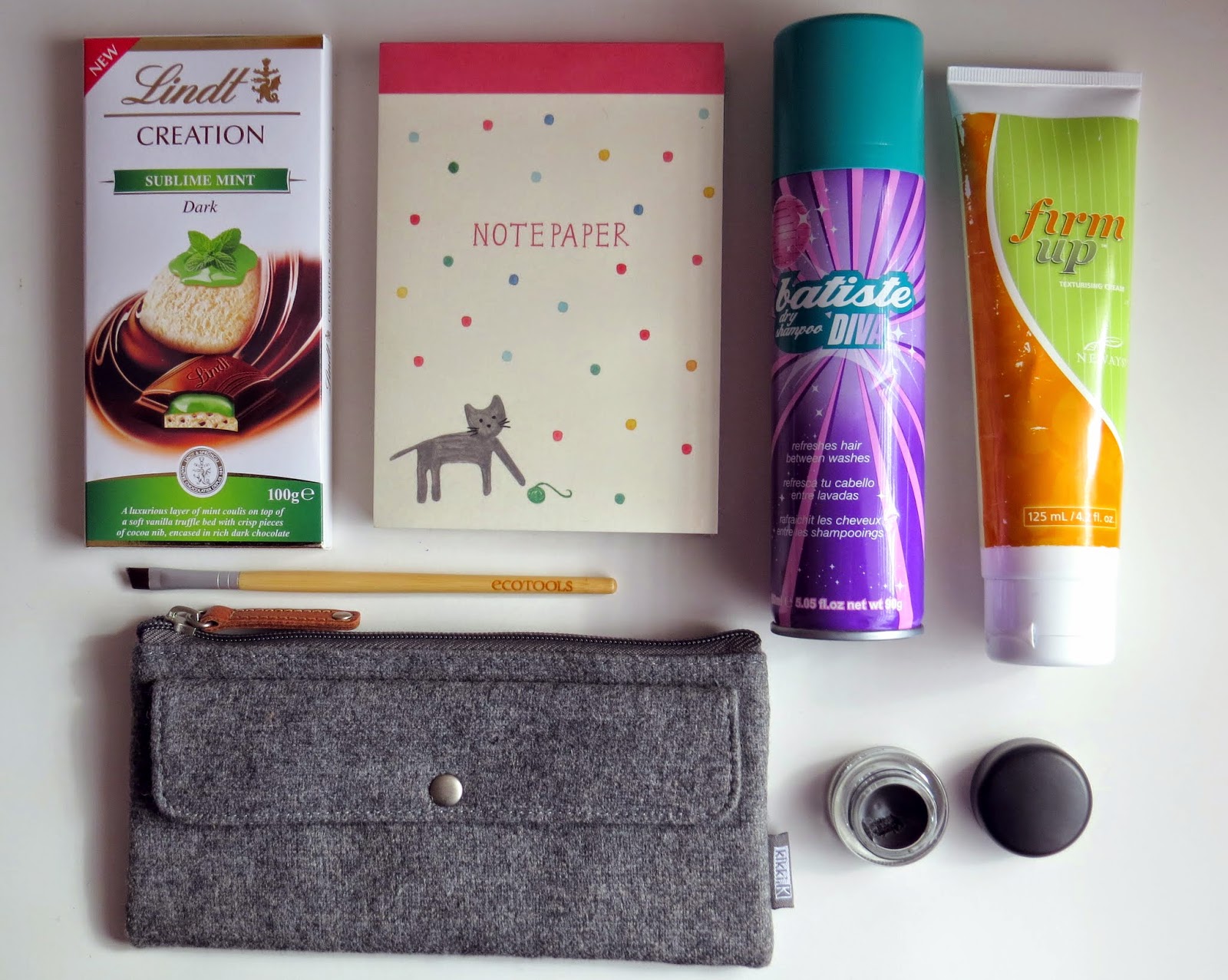 kikki.K pencil case and notepad - On a whim I walked into kikki.K, seeing that they were on sale, and ended up walking out with these two. Which made me realise that I really shouldn't go 'window shopping'... But I do see myself getting a lot of use out of them, so I'm not beating myself up about it just yet (only time will tell?). And I'm on makeup ban, after all that haulin' (well, with the exception of, maybe, a NARS concealer...)

Batiste Diva Dry Shampoo - I've been using this to extend time between washes - but only when I absolutely have to, as I mentioned yesterday (what is Third Day Hair, anyway?). You could say that it trumps Cedel's offering based on scent alone, though I find that Batiste also works better on my hair - when applied overnight and massaged in well, that is - to remove the chances of discovering unsightly white streaks or patches.

MAC Fluidline in Black Track and Ecotools Angled Eyeliner Brush - I recently rediscovered this duo, having only used them a handful of times in the five-ish months that I've had them. They are fiddlier than, say, a pencil, but I suppose that's the trade-off for longer lasting eyeliner. I guess I'd subconsciously labelled them as 'too much effort', because when I dusted them off again this week, I was surprised to find that they applied with ease. They lasted a decent several hours, which is quite a feat for someone who touches their eyes as frequently as I do! No doubt I'll be pulling this one out more...

Neways Firm Up - My go-to 'night cream' for these cooler months. It's wonderfully hydrating and smells equally scrumptious - and a little goes a long way. That is all.

Lindt Creation Sublime Mint Chocolate - This week's indulgence, and, man, is it good! It's described as "A luxurious layer of mint coulis on top of a soft vanilla truffle bed with crisp pieces of cocoa nib, encased in rich dark chocolate." Yup, it's all that - and more. If you're a fan of mint and dark chocolate: run, don't walk!