I finally made the admission that my go-to lip balm of late, Nivea Lip Butter in Caramel Cream, was not cutting it anymore. I'd been putting off reaching for Nuxe Rêve de Miel as I already had four lip balms in rotation (um, seriously!) - Elizabeth Arden's Eight Hour Cream Lip Balm, Maybelline Baby Lips, Maybelline Tinted Baby Lips, and Nivea Lip Butter - though it got to the point where none of them were 'heavy duty' enough. Enter Nuxe Rêve de Miel. 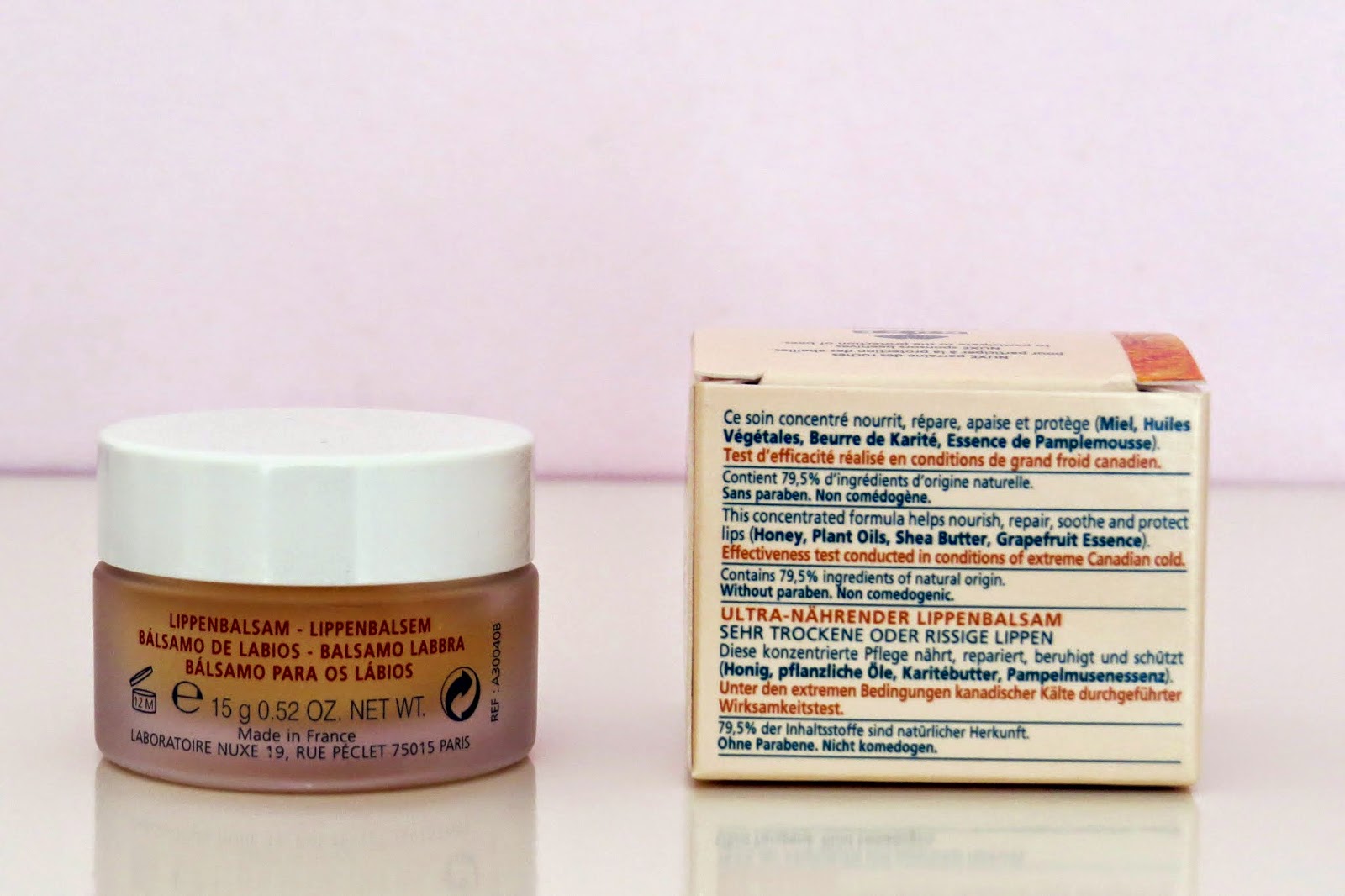 I'd previously heard about this little pot of goodness from sleepandwater and Essie Button, who described it as her 'holy grail x infinity'. For a lip balm fiend like myself, that was all it took, really. I searched eagerly for it in local chemists and pharmacies, and was intending to buy it from Feel Unique as my last resort. Though I did not find it on the website, I ended up purchasing it from Priceline, where it was slightly discounted (it retails for $20AUD). It's been sitting in my drawer since. 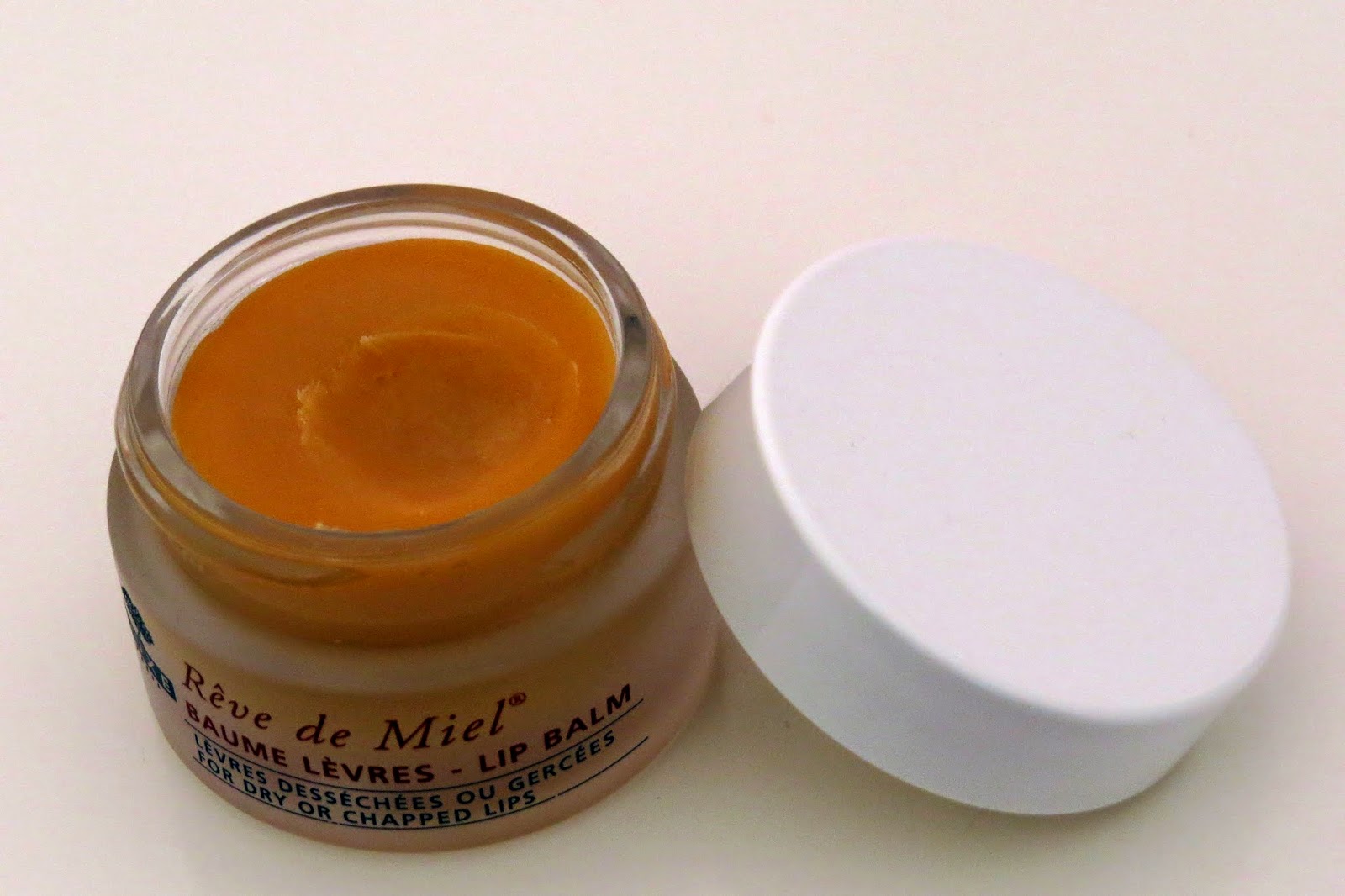 I recently mentioned my first impressions of this lip balm when I'd just cracked it open, so to speak.
It has a faintly citrusy scent and reminded me of lemon curd. The top of mine had hardened slightly, most likely due to the cold weather. Underneath that, it was somewhat 'creamier' in consistency.
It has an almost waxy texture - definitely not the plush, creamy balm I had anticipated in the beginning. I find there is some resistance when I rub my lips together, not so much 'glide'. It's also a 'matte' balm, which makes my lips look natural, and means it stays on much longer than, say, Nivea Lip Butter, or other shiny/glossy balms. It lasts well through eating and drinking, and I only need to reapply every few hours (rather than every few minutes!).

It kind of had a 'MLBB' effect on me, though I can't fathom why, and left no white cast. When I applied it before bed, I woke to find my lips less dry and cracked. They were kind of at that smooth phase right after lip balm has been absorbed and just before the need for reapplication, if that makes any sense! I would say that it locks the moisture in and provides protection from the elements rather well. My usual practice is to smooth on the tiniest amount - a very thin layer - on to my lips, as a little goes a long way. At this rate, the 15g jar will probably last for an eternity!

On a more superficial note, it's housed in a pretty frosted glass jar with a plastic lid, which is aesthetically pleasing, but somewhat heavy to lug around (compared to twist-up lip balm or tubes that can easily slip into the pocket of my jeans). Therefore, mine usually resides on my dresser or bedside table.

Overall, Nuxe Rêve de Miel is the most intensive balm I have at the moment - long-lasting, hydrating, and does not require frequent reapplication. I can see it fast becoming a 'can't live without' essential in these Winter months.

Have you tried this matte lip balm?
What are your thoughts?
Posted by Chloe at 14:37