I came across this little gem while strolling past my mother's dresser. A little sample of La Roche-Posay's Uvidea XL Melt-In BB Cream, perched beside a little sample of their Anthelios XL SPF 50+ Sunscreen. Curiosity swiftly got the better of me - naturally, I had to try them out. 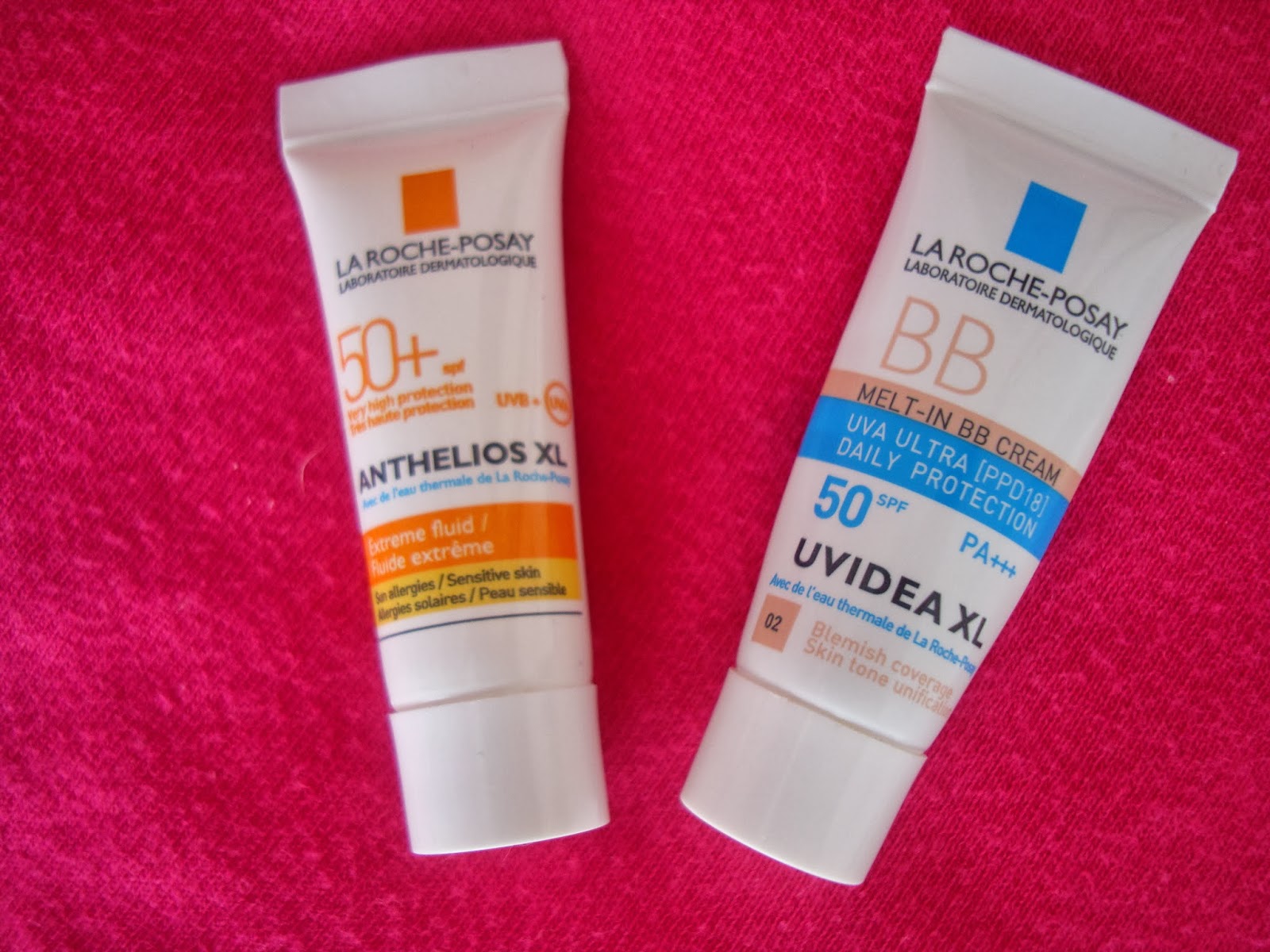 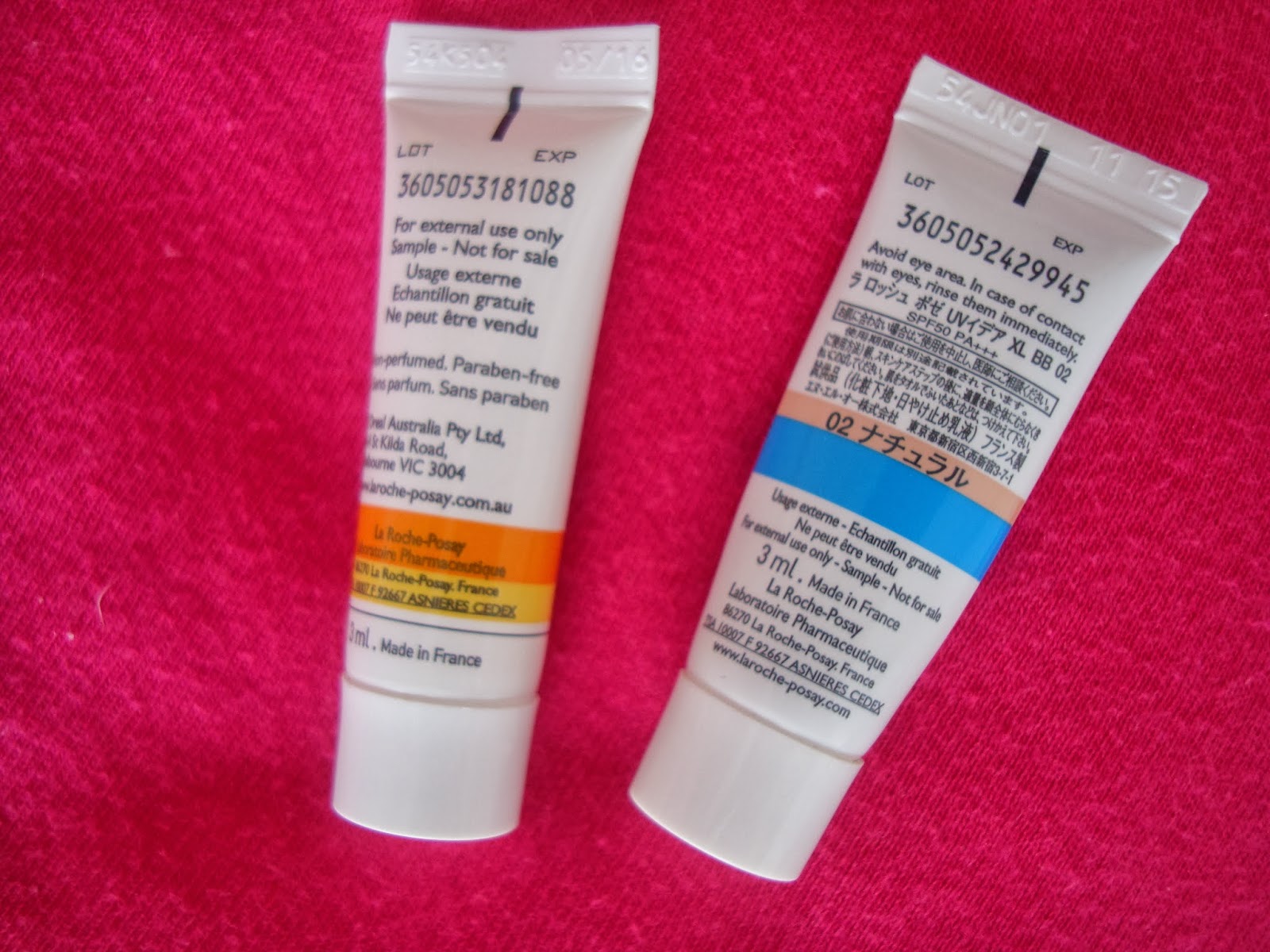 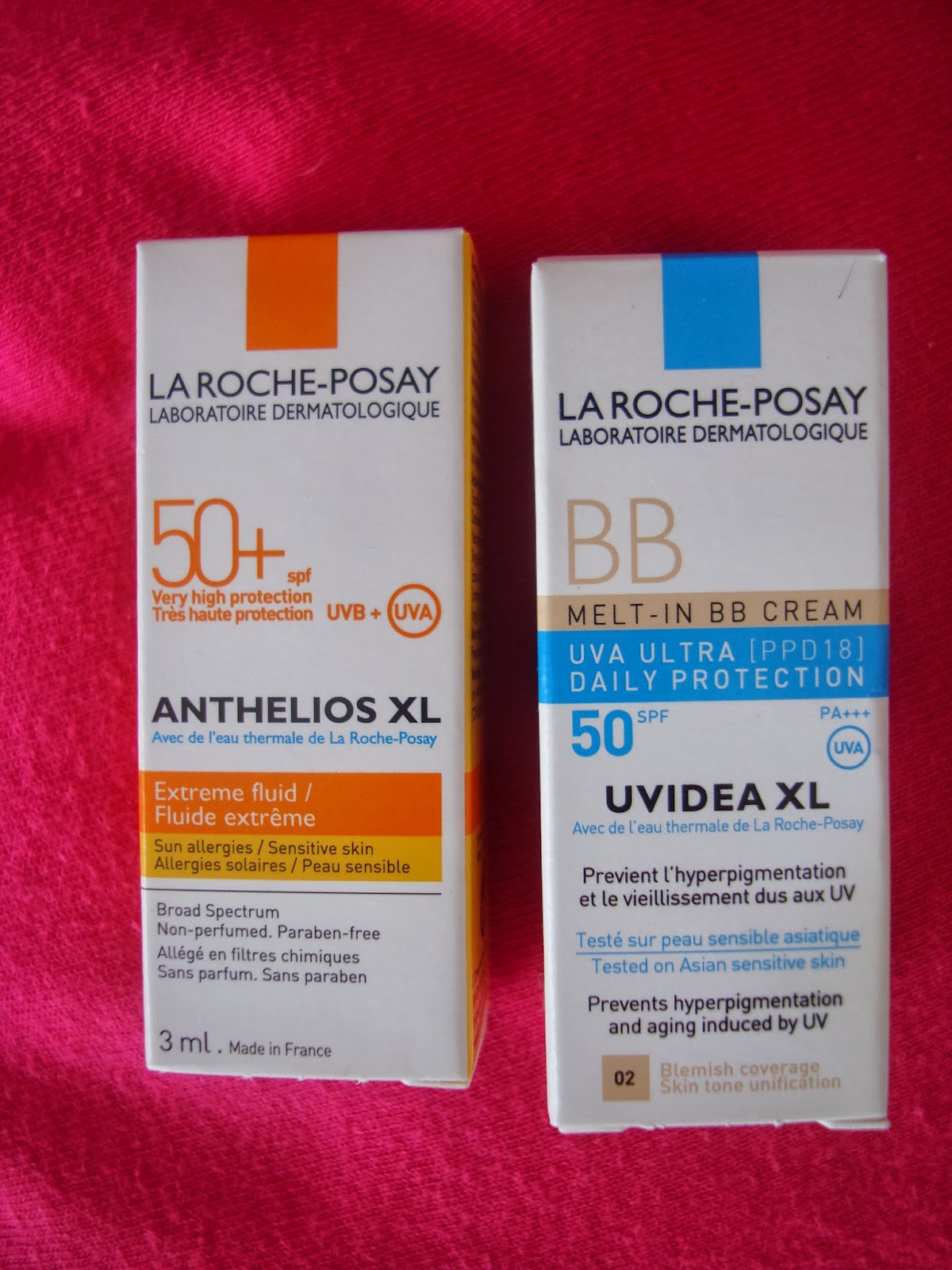 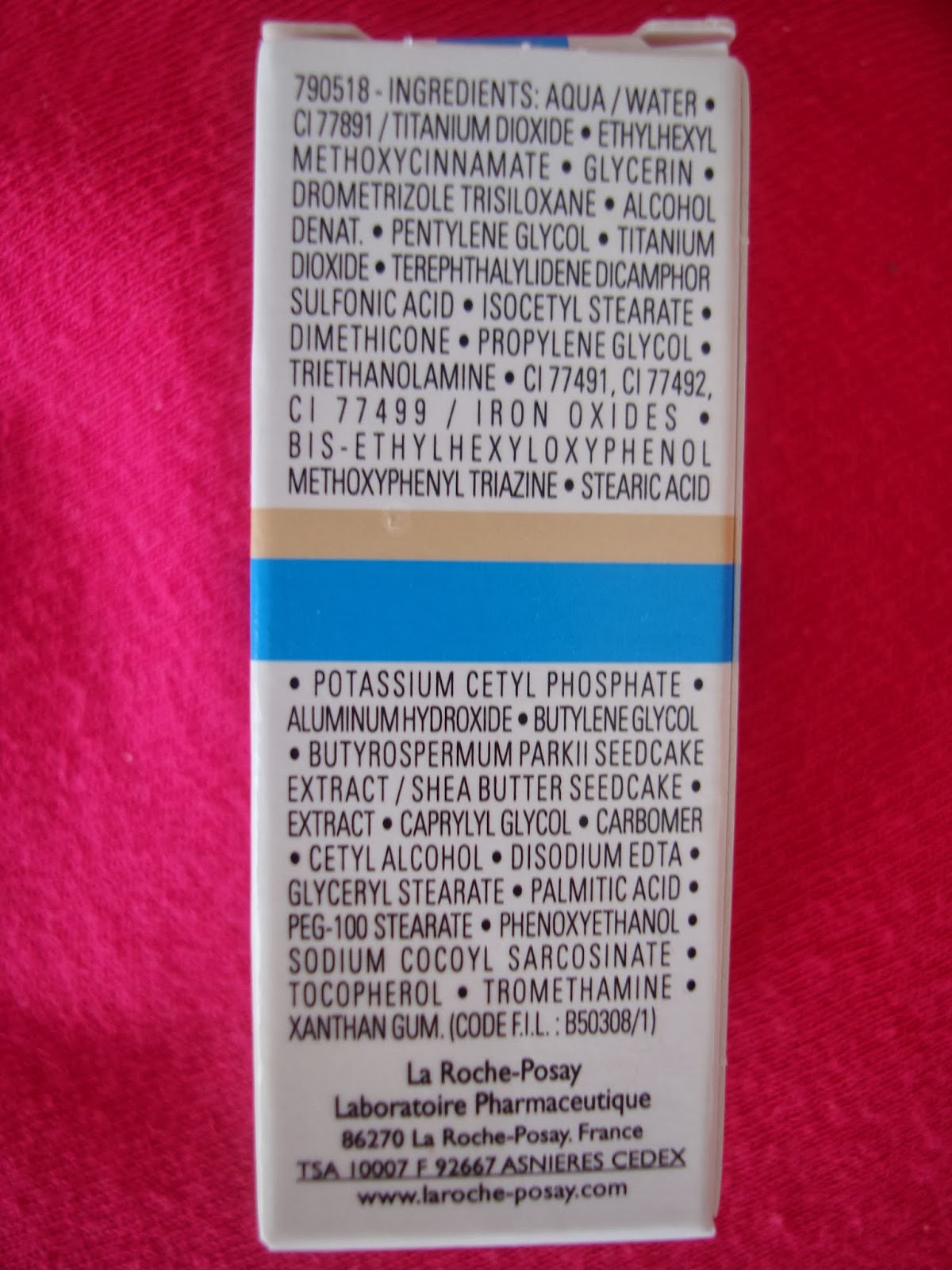 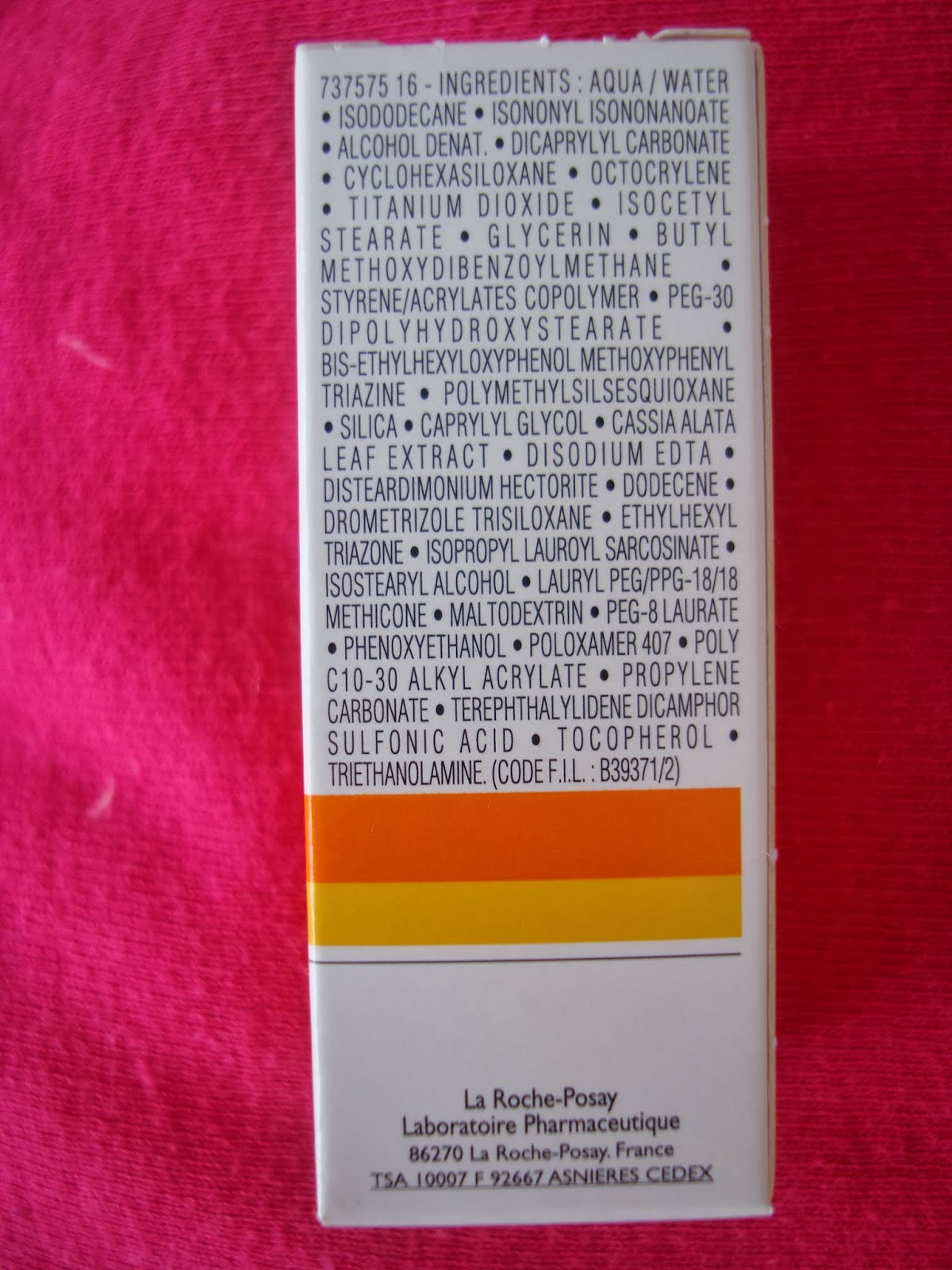 I used my fingers to apply this over clean, moisturised skin. Shade-wise, I found this to be just a tad light - it would probably be perfect for me in Spring, before I get more tanned.  However, I really appreciated that this BB cream has yellow undertones, which made it a better match for my skin (around NC25-NC30, for reference), unlike some other BB creams that I've tried in the past (Garnier, anyone?). It comes in two shades, 01 Light and 02 Medium (the shade I'm using is equivalent to Medium). You can check out swatches of both shades by Yishan of Beauty Swatch here.

What first struck me was it's comparatively thick consistency. I haven't used a "proper" BB cream before, so while it was not unexpected, I found it markedly different from Mecca Cosmetica's In a Good Light and Garnier's BB Cream for Sensitive Skin, which are both thinner in texture.
I would say that it has medium to full coverage - enough to cover redness and imperfections, and even out skin tone, without looking mask-like. It also has an illuminating and brightening effect, though it may not be so obvious in the photo. I found it to have a semi-matte finish once 'set', with a slight sheen, though not quite as dewy as MAC's Face and Body, for instance. Be warned that it also sets relatively quickly, so work fast!

In terms of lasting power, I found that once it 'set', it was difficult to move. For the most part this wore comfortably on my sensitive skin, though I found that my air-conditioned work environment was to blame for exacerbating dry patches. I also liked that it had SPF 50+ and a non-greasy feel. It's moisturising enough for those with dry skin, but its semi-matte finish makes it suitable for oilier-skinned gals, too.
*No concealer was used, to see how well it covered blemishes and lasted throughout the day.


And this is how it looked after work, eight hours later - I must admit that I'm impressed!

According to the website, the BB cream can be purchased from Priceline and Terry White Chemists, though it was not in stock at my local Priceline (apparently because it was only a newly released product). Looks like I'll have to get myself to a Terry White Chemist, pronto!

I thought I'd also do a quick mention of the Anthelios XL SPF 50+ Sunscreen. My mum raved about it, praising its light feel and skin-perfecting qualities ("It's comfortable, light, and looks very natural..."), but I, on the other hand, found it to be quite thick and heavy in comparison to the watery consistency of Nivea's Light Feel Daily Face Veil SPF 30, which I've been using lately. I found that the Anthelios XL SPF 50+ left a white cast on my face, which I wasn't overly thrilled with.

Have you come across these products whilst browsing your local Priceline or Terry White?
What were your first impressions?
Posted by Chloe at 11:29