A week of novelty chilling at home, surprising improvement, and small luxuries. 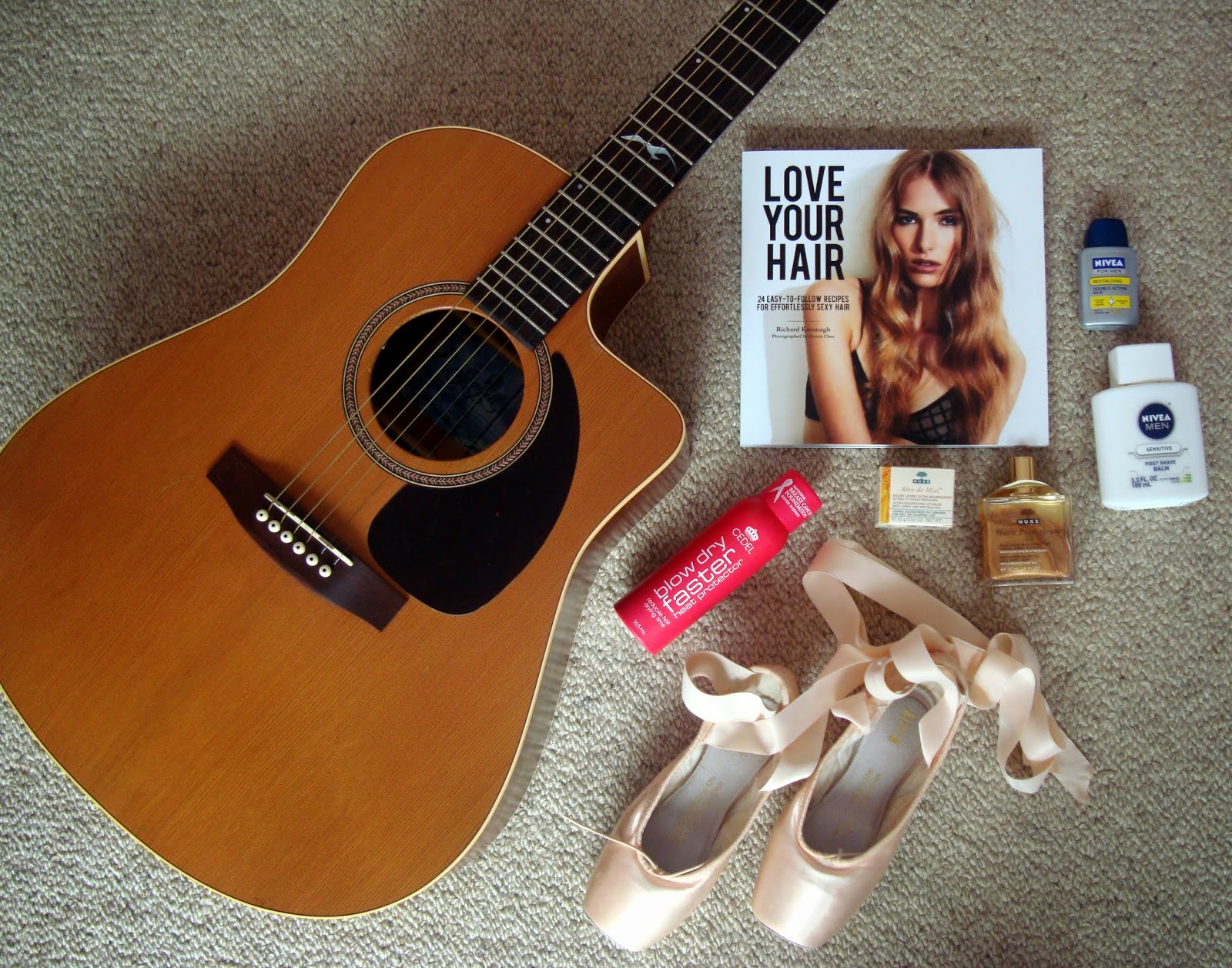 Love Your Hair by Richard Kavanagh - This week I thought I'd shake up my hair routine as I was kind of stuck in a hair-rut. I don't brush my hair because it usually looks worse afterwards, and end up shoving it into a bun everyday because it's quick. I grabbed this book when it was on sale at Dymocks, but have to admit I found it somewhat disappointing. It lacked diagrams and detailed step by step instructions, and was very brief and simple - too simple. There were no images to accompany the tools and utensils summary, so I had to google half the items listed. I did think it was an interesting look at how the pros do more intricate hairstyles, and 'cheats' they use to achieve a certain effect. There were a good mix of hairstyles for different lengths, though none of them really appealed to me, as I was put off by the amount of time required to create them. Most of them were quite time consuming for me personally. It's just unrealistic for me to spend half an hour doing my hair - ain't nobody got time for that! However, I do wish I had longer hair. Now I'm inspired to grow it out again - I haven't had long hair since I grew it to donate to the Princess Charlotte Alopecia Foundation. And who knows, maybe this book will come in handy for special occasions. (Try'na be positive, here!)

Nivea Men Post Shave Balm - I actually got this a while ago from iherb, as part of a Real Techniques Brushes haul, but only just started using it. I mistook it for the Nivea for Men Revitalising Double Action Balm, which I really liked, due to its creamy texture and surprisingly-not-so-offputting scent. This Post Shave Balm has a rather cologne-y/lynx deodorant-y (and not like the one for female folk, either) scent, which I was not anticipating, and which I did not love. It's also runnier - more of a lighter cream/lotion-y, whereas the Double Action Balm has more of a whipped-ish, light, creamy consistency. Thankfully it does the job, and I'll continue to use it, but I guess I've learnt my lesson! 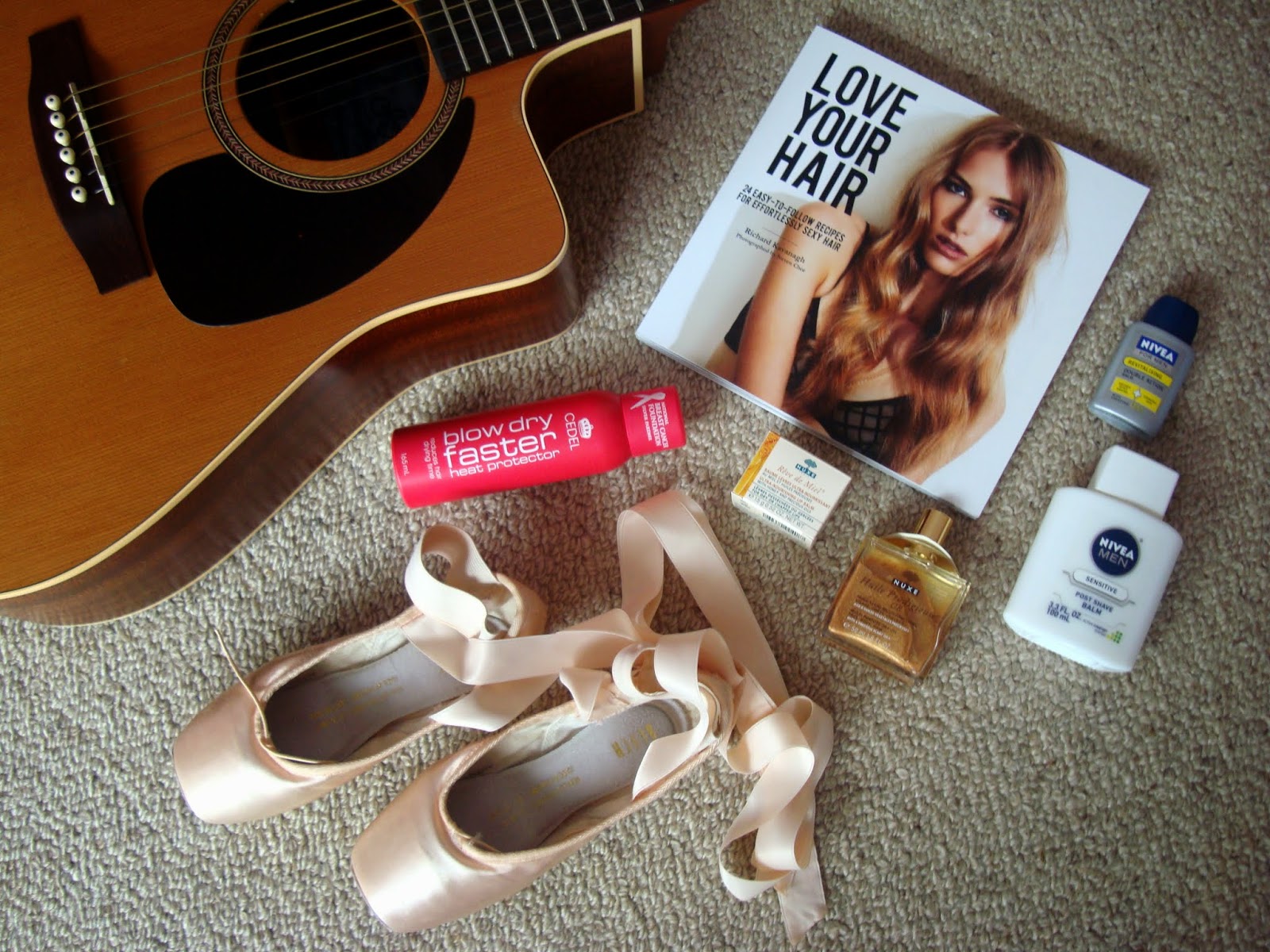 Nuxe Huile Prodigieuse Or Multi Purpose Dry Oil and Reve de Miel Ultra-Nourishing Lip Balm - A couple of cult goodies that I've wanted to try for ages, bought from Priceline as a little pick me up. Post coming soon.

Cedel Blow Dry Faster - So this week I finally came to a conclusion about this little gem: it's love. 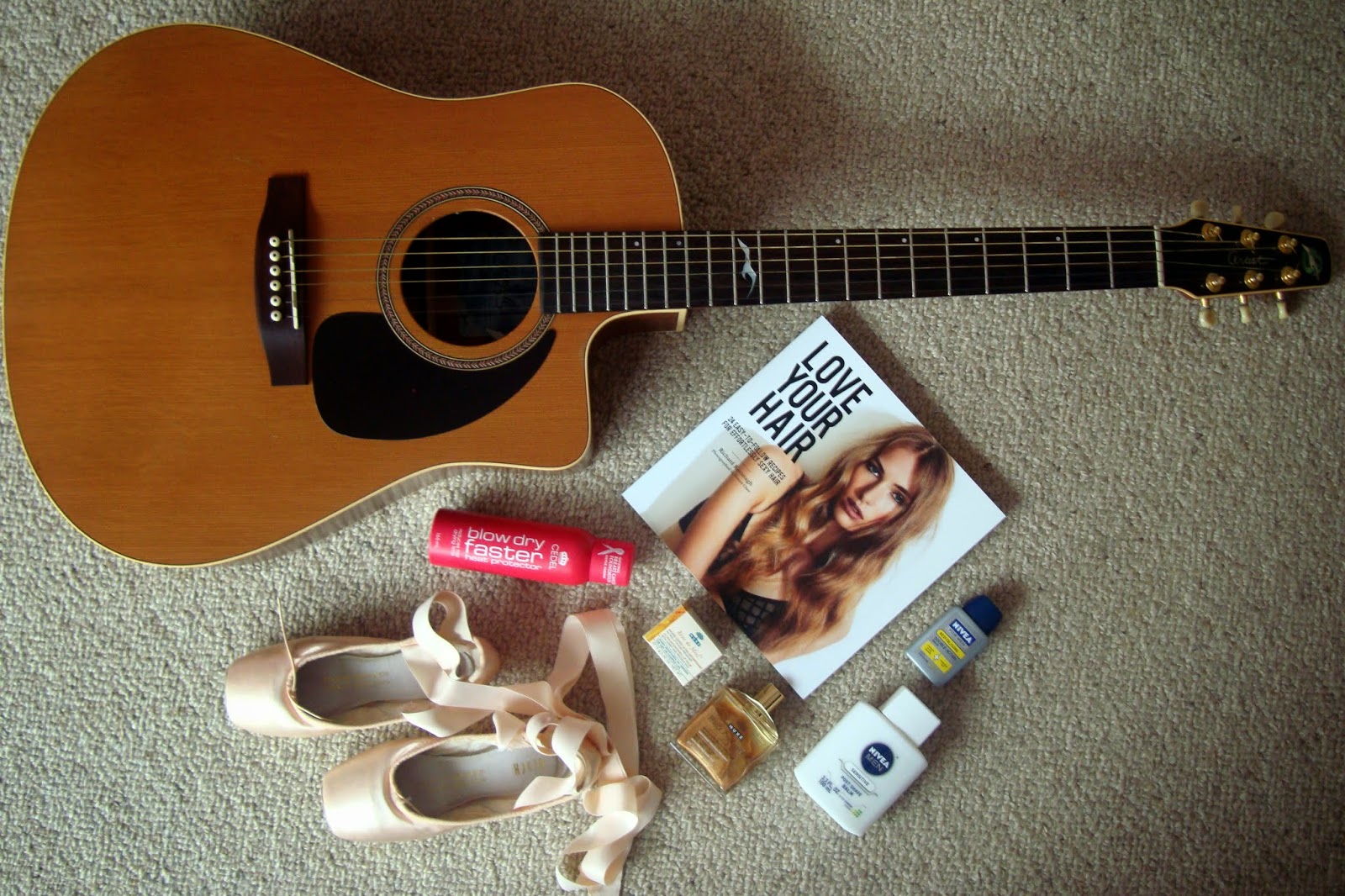 Seagull guitar -  I've been trying to teach myself guitar for years, but only recently starting making a more consistent effort. Sometimes I surprise myself with the things I'm able to achieve when I apply myself... I've been trying to learn 'Home' by Gabrielle Aplin, and Birdy's version of 'Skinny Love'. They're progressing slowly!

Bloch pointe shoes - This week I was finally able to progress doing to centre work, as I had previously been barre-bound. I've been learning pas de bourrées in the centre, which has been a painful but satisfying experience, seeing myself improve. Maybe one day I'll finally be able to do fouettes en pointe!
Posted by Chloe at 15:16