A revisit and more in-depth look at this 'wonder' product. I first mentioned this eye-catching little can of promise in my second Week in Review, noting its 'different' scent and seemingly improbable claim. I'd been wanting to try it for a looooooong time - ever since I spotted it in Priceline whilst on the hunt for dry shampoo, but could never justify buying it as I still had a barely-used heat protecting spray by Tresemme. The other day, however, I decided to bite the bullet, justifying it with some flimsy excuse or another. 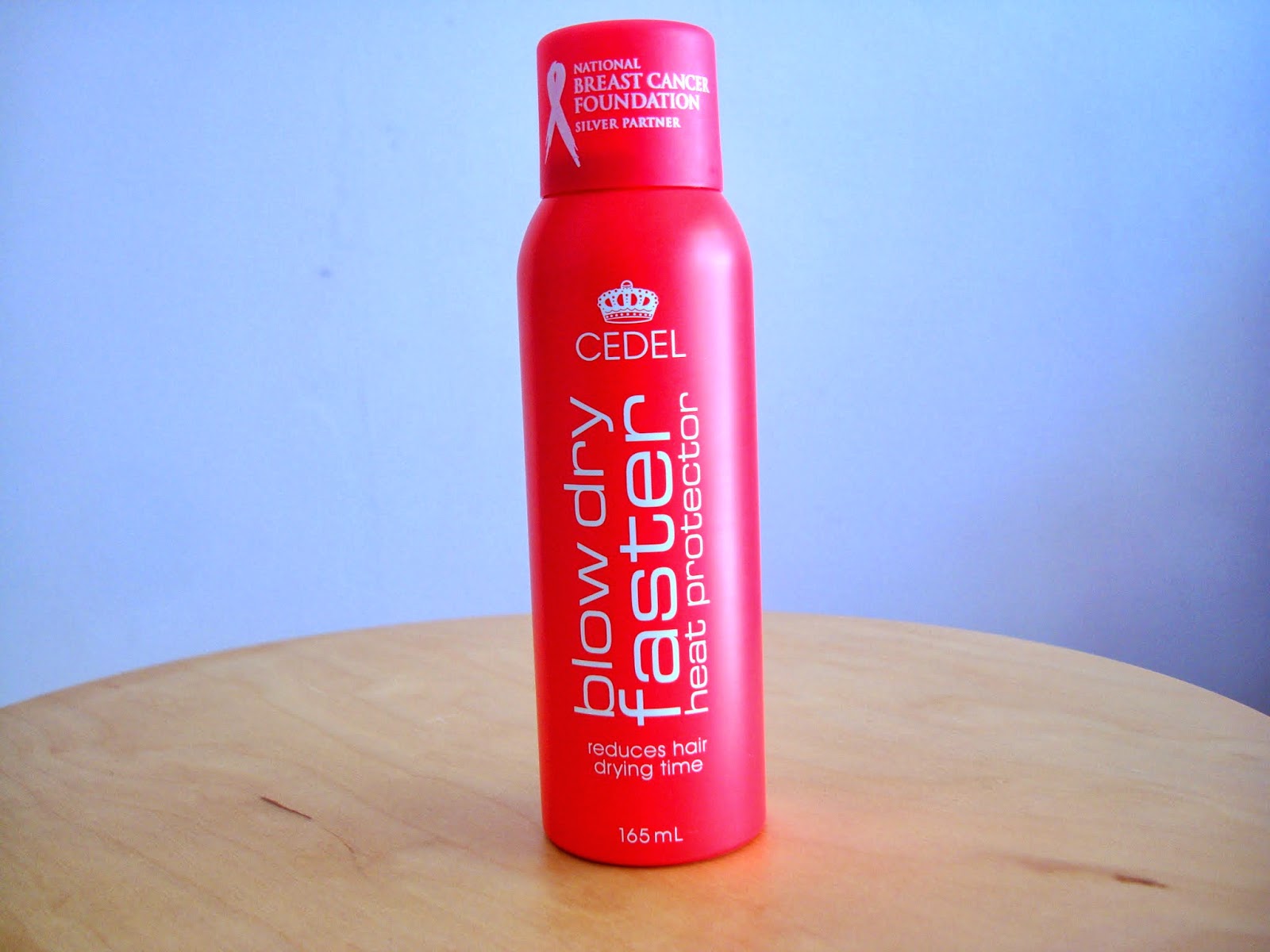 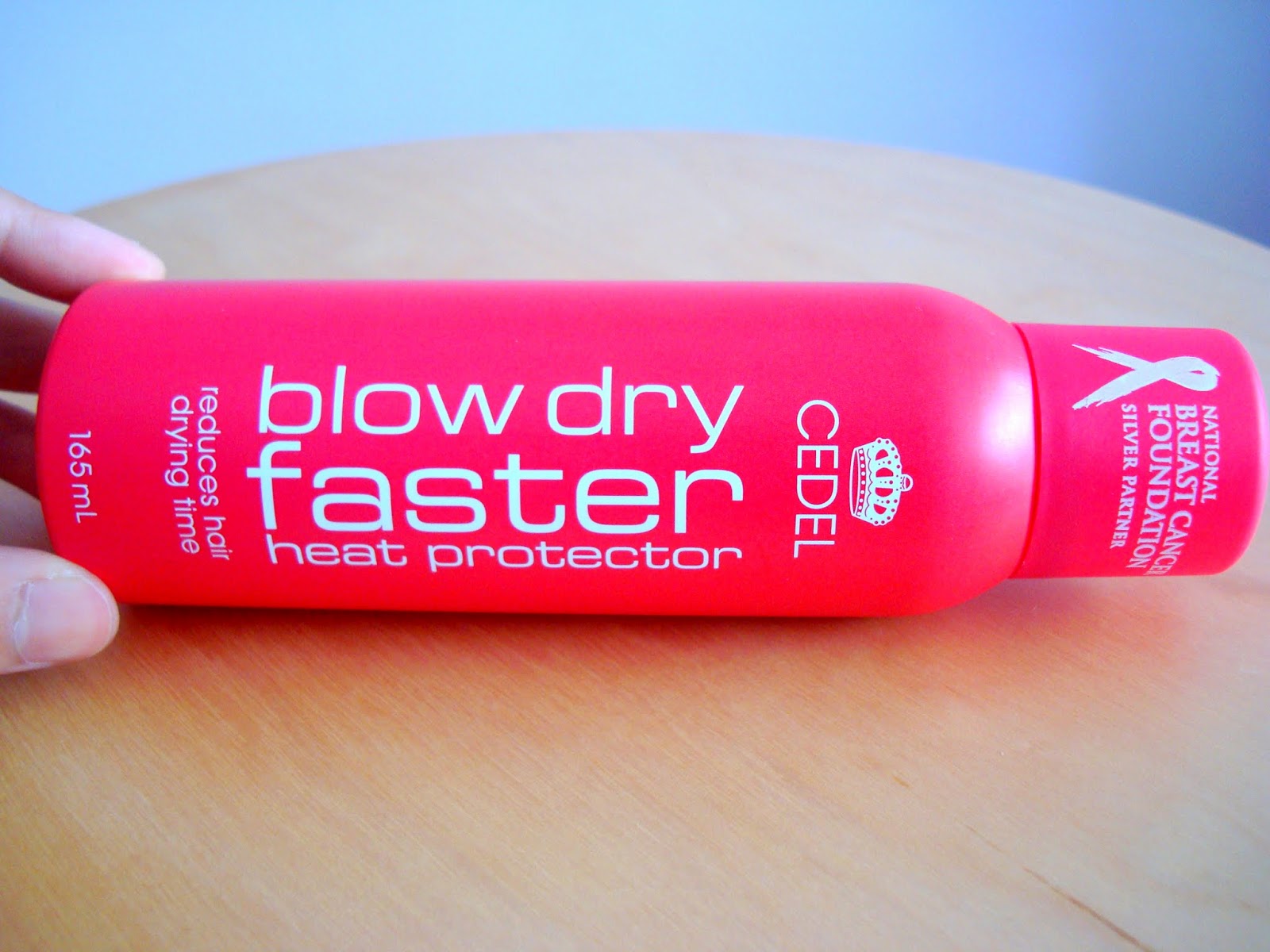 I had my fingers crossed that it wouldn't have the same powdery grandma scent as Cedel's dry shampoo and to my great relief, it didn't! (After being burned once, I was certainly going to be more wary about future Cedel purchases!) It's difficult to describe the scent - not quite fragrant, not overly unpleasant (not as unpleasant as the dry shampoo, anyway). Plus it doesn't linger, so it's a safe bet that it won't overpower or compete with your fragrance.

I really liked that it was a heat protector and a kind of 'blow dry balm' in one, while also lessening drying time and detangling hair. It usually takes me a while to dry my hair and my arms are already aching by the time I'm half way. When I tested it on 90-95% dry hair, it became fully dry in about 5-7 mins, which is pretty good for my thick, coarse hair. I try to avoid heat styling as much as possible, as I'm paranoid about the damage and breakage that comes with frequent usage. Consequently, I never blow dry my hair until it's 'bone dry'. 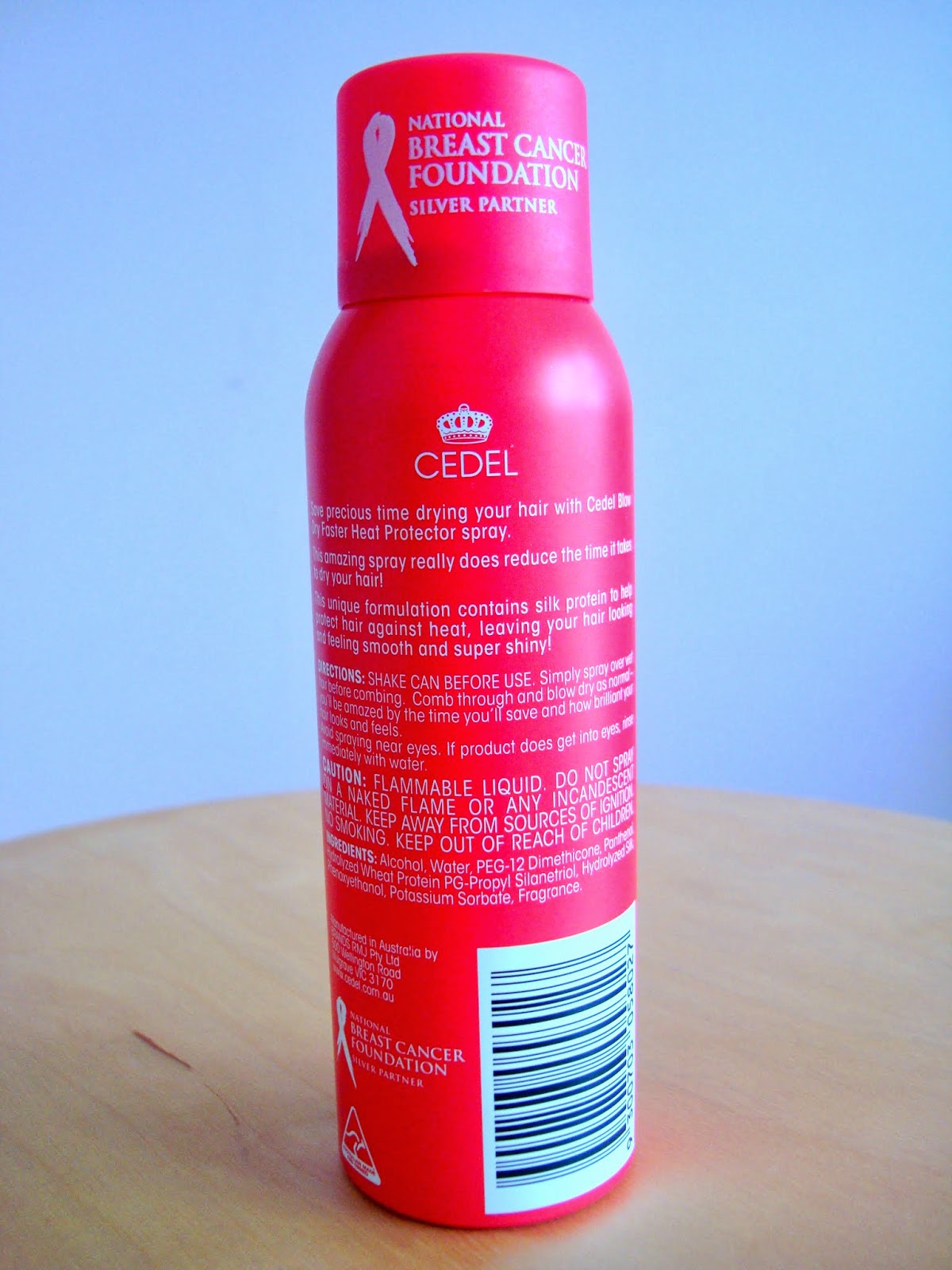 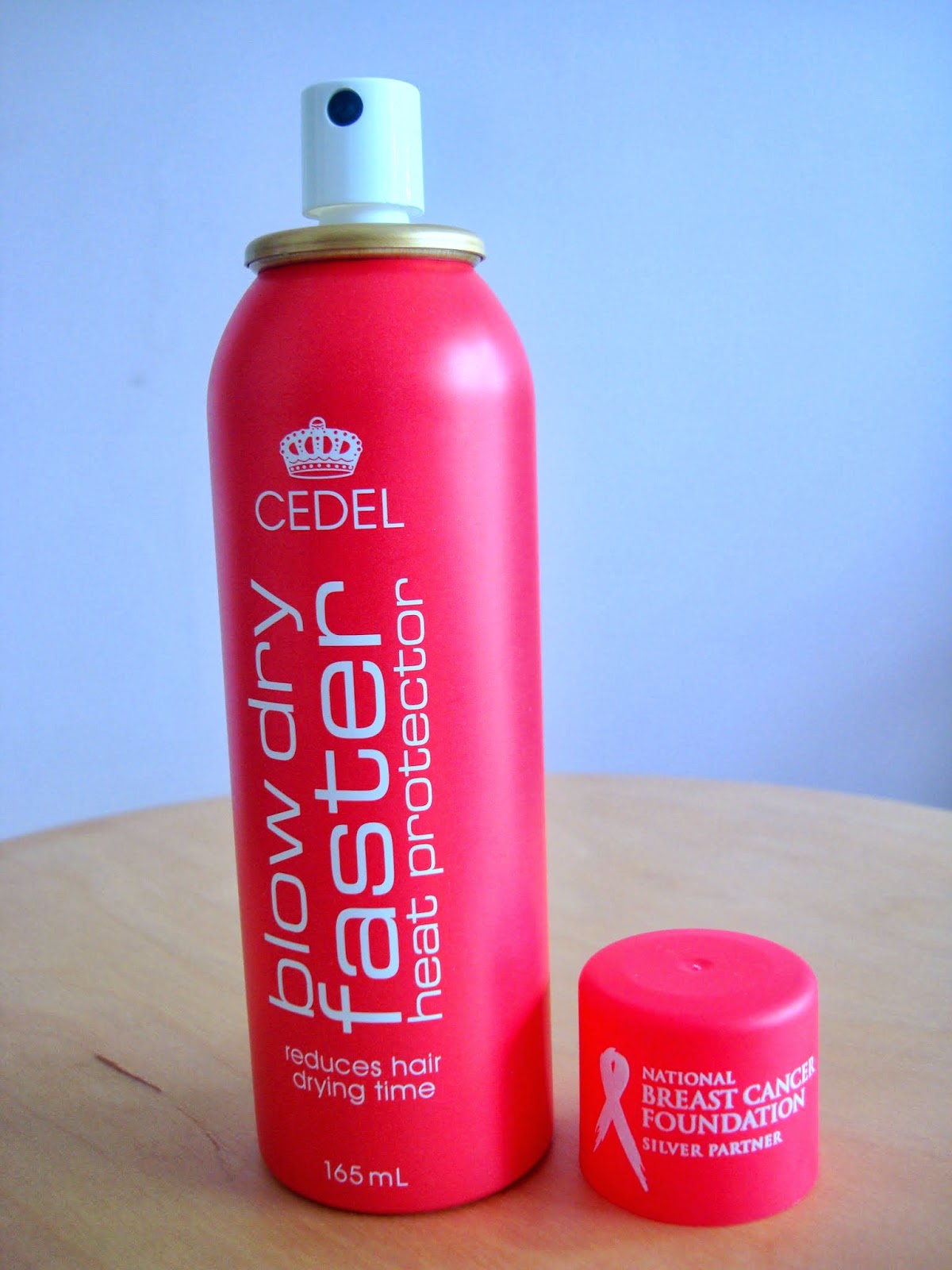 I also liked the spray nozzle on this product - not overly highly pressurised, or concentrated; reminiscent of an aerosol deodorant without the 'oomph' - a light mist for even distribution. I found that three sprays (sides and back of head) were plenty. It left my somewhat-unruly and slightly-frizzy hair straight and sleek - I was even more impressed by the fact that I was able to achieve an almost salon-worthy blow dry using only my fingers as a comb.

Now I don't have "stereotypical Asian hair" - thick, poker straight, shiny, 'swooshy' strands. My mop is more of the thick, straight-ish, voluminised, fluffy bedhead-y faction. Think a slightly scruffier version of Alexa Chung's signature lob minus the panache. Occasionally I'll wake up with wonderfully straight hair that I won't have to style, but that's usually once in a blue moon, so you can imagine my amazement when I woke the next morning with straight, 'swooshy' hair. Not quite shampoo-commercial-worthy hair, but pretty good by my standards. My verdict? This one's a keeper!
Posted by Chloe at 12:36